“A whale burger with that?” asked the lady at the restaurant.

Wait, what? The picture in the menu was of a burger, with red meat that looked like beef or any other red meat. But reading the description I realised it was whale meat in that burger.

I was divided between my environmental conscience and the curiosity of tasting whale meat.

Whether it is with its fjords, clean water and friluftsliv, Norway has this international image of environment her nation. Norway is in fact one of the only countries in the world still hunting whales. Norway has withdrawn from the International Convention for the Regulation of Whaling twice but eventually accepted it a third time with some reservations. In 1982, the International Whaling Commission adopted a moratorium on commercial whaling. Norway and Iceland have objected to the moratorium and issue their own quotas.

Norway claims their whaling is sustainable, just like their oil drilling is clean. The environmentally friendly image of Norway just seems less and less green when hearing these kinds of arguments.

Whale meat is sold in most Norwegian supermarkets in cans, with little whale drawings with big smiles on them. Else in the supermarkets where fresh fish is sold, it is sold in fresh “blocks” like below or in plastic packaging. It is also served in some restaurants, smoked, in burgers, in sausages. I have never seen whale sushi but I am sure it exists. Whale meat looks like very dark red meat, and many mistake it for being red meat.

The Norwegian government says their way of killing whales is sustainable is because they hunt a specific whale which is not on the endangered species list. “Some whale species need protection, while others are abundant. Minke whales are abundant in Norway, and the hunt is a legal, traditional, small scale activity.” says the government’s website.

90% of whales being killed each year are female whales, almost all of them are pregnant. This is apparently not something that commercial whalers try to do but it happens for many reasons: firstly because they cannot see the difference between male and female whales. Secondly, the season during which whale hunting is allowed in Norway is the season when impregnated minke whales swim in Norwegian waters. How sustainable is it to kill almost exclusively pregnant whales? Killing therefore many more than the actual whales.

The method of killing whales in Norway is pretty brutal. They use whale grenades developed by the Norwegian veterinary institute, designed to minimise the time it takes for a whale to die. Times when the traditional hand  harpoon hunting techniques were used are long gone. Harpoons were probably much more painful for whales, but it also meant many managed to escape death. 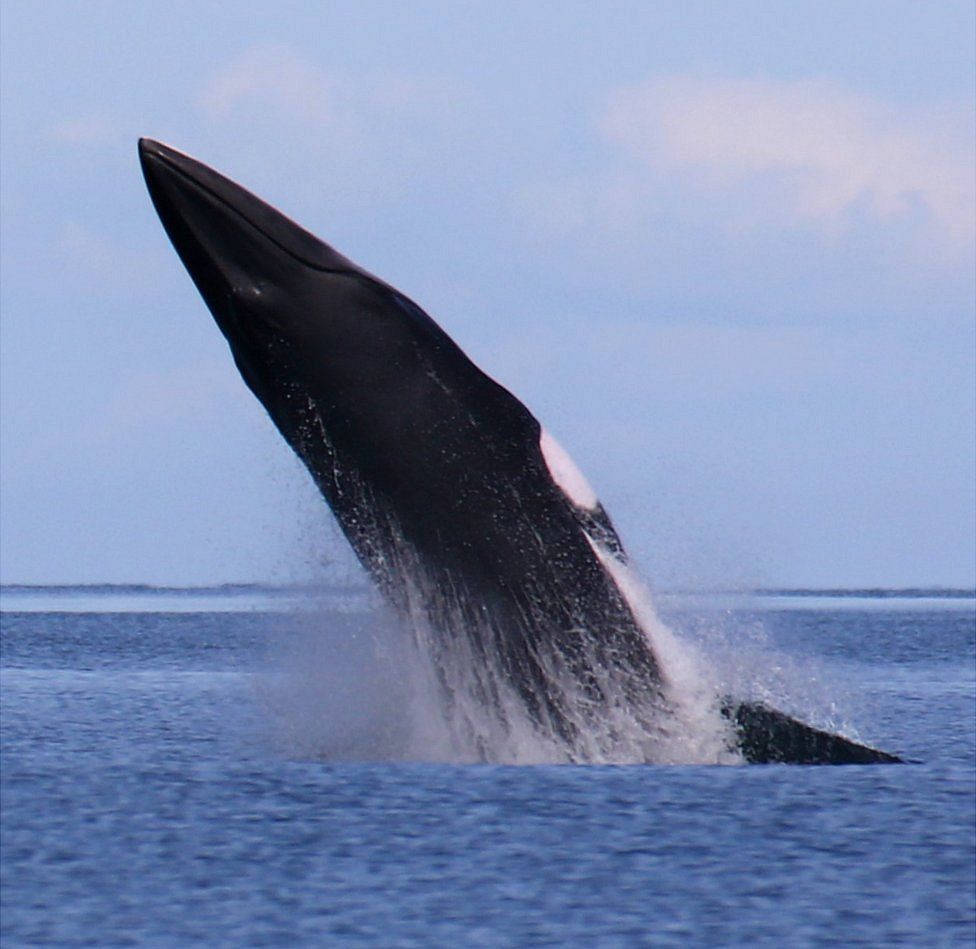 The Norwegian government basically says it can kill whales because the only whale they hunt is the minke whale, which is not an endangered species. The question here is obviously whether a species not being endangered is an automatic green light to hunt it. I will let you answer that question for yourself.

An additional argument is that a whale feeds way more people than a sheep, hence the need to kill them to feed the Norwegian people. Truth is, the demand for whale meat in Norway has steadily been decreasing over the past 20 years. In 2009, the fishing and coast ministry released data saying that Norwegians eat in average 250 grams of whale meat per person per year. Not exactly staple food.

Is it that good?

Whether you think it is scandalous that humans still eat and hunt whales despite other food being available, and more importantly whether you think Norway has a birth right to hunt whales, the question is whether it is worth it. Is whale meat that good?

I tasted it twice. The first time it was memorable because it was new, probably. It tastes very much like red meat. The second time, many years later, I got violent food poisoning and spent the whole night throwing up. After some research I found that many of the whale meat is contaminated, mainly because we it is on the top of the food chain, accumulating toxines. Whale products show mercury, PCB or DDT levels exceeding the thresholds of safe consumption up to 5000 times according to a research project called Toxic Menu.

Also, some years ago, Japan (to whom Norway sells most of its mink whale meat) refused the Norwegian stock due to high level of contamination to pesticides. They also found “chemicals such as aldrin, dieldrin, and chlordane, thought to play a role in causing birth defects, neurological harm, and some cancers if humans consume them in high quantities.The whale meat was considered non suitable to human consumption”.

The future of whale hunting in Norway

Recently, the Norwegian whaling industry has met increasing difficulties because of falling demand and industry recruitment. Norwegian anti-whaling groups prefer to hold a low profile and watch over the slow death of the industry, instead of raising their voice and polarise the debate. When one digs deeper in the practice, one can only wonder what holds the Norwegian government back from just calling the whole thing off. It does not feed Norwegian people, it is contaminated and probably not fit for human consumption, it kills pregnant whales which would have peacefully swam the waters of this earth for 50 years, raising their baby whales.

It is however an extremely political and sensitive issue here in Norway and any politician or group wanting to stop whaling will have big problems. As an example, organisations such as NOAH defending animal rights have had their funding cut under the current government, possibly over the wolf protection issue (Senterpartiet having a crucial role here). And imagine, whaling is even more political with much more parties defending it.

Today I would never eat whale again, because after all this research I just cannot find a single good health or environmental reason to either kill and eat whales. What do you think? Should Norway continue whaling and would you eat it? Would you try it?

8 thoughts on “The Whale in the Room. Why does Norway continue Killing Whales?”