Norwegians do love their traditions, and Christmas is probably the most tradition-filled time of the year in Norway. The 17th of May, or Constitution Day, seems also as a strong traditional time of the Norwegian year, but it cannot compete with Christmas which has been celebrated under many forms for way way longer.

Interestingly enough, in Norway the word “Jul” which Norwegians use for “Christmas” has no reference to the Christ or Christianity. This is because Jul is a word that existed before Norway was Christianised, and is described as a pagan tradition existing prior to Christianity. It was a celebration of light, because of the Winter Solstice which on the 21st of December and marks the beginning of a new important time every year. The number of minutes and hours of day light increase from that day, until the Summer solstice on the 21st of June, bringing joy to a lot of us who struggle with long dark Scandinavian winters.

One peculiar thing about a Norwegian Christmas, is that they mix all sorts of Christian and Norrøn (ancient Norse) traditions in a huge celebration that lasts for almost a month. Lights come in, advent calendar, cakes with lots of butter, Santa Lucia and her white dress, dubbed movies from abroad and more.

Julemat: Norwegians are so crazy about Christmas that suddenly around the beginning of November, sometimes even earlier, supermarkets get filled with products starting with “jul”. Many are sold only during Christmas time. It is the case of Julebrus (red or brown soda with a Christmas taste according to Norwegian tastebuds), juleøl (Christmas beer) or julesild (herring with Christmas spices). Doesn’t that sound tasty?

Other sold items seem like regular stuff supermarkets sell, but they add a Santa hat on a potato chip on the packaging or another Christmassy element and suddenly it makes people buy it more. For example I never understood how “juleskinke” (Christmas ham) was different than regular ham, or a “juledipp” (Christmas dipp). Julepølse (sausage), julesylte (some kind of ham made of lots of fat). Norwegians also love their almond pig (marsipangris), julegløgg, and their types of rice pudding with an almond inside. A pudding is also taken out for the “nisse” helping on the farm.

Julekalender: From the 1st of December, Norwegians have the custom of advent calendars, or julekalender. In many of them there is a piece of chocolate for every day from 1st to 24th of December, and those calendars exist in most European supermarkets. Norwegians take it a notch more seriously, since pizza brands such as Grandiosa have an advent calendar pizza, just for December, lottery tickets in shape of Christmas calendars are sold, and families create advent calendars for their kids where they get one small gift every day until the 24th. Television channels also have their own advent calendar shows, where one episode is broadcasted each day from the 1st to the 24th of December. The most famous of all in Norway is “Jul i Skomakergata” screened for the Christmas of 1979 by NRK.

Julebaking: Christmas time in Norway is the peak of baking activities for Norwegian families. First there is the traditional pepperkaker, which English speakers know as gingerbread. I find this tradition wonderful, and I personally love pepperkaker. The problem for me is that many Norwegians (everyone I know at least) buys ready made doughs from supermarkets. The pepperkake doughs are filles with sugar (usually the first ingredient) and palm oil, but blaming being very busy Norwegians don’t make it from scratch. The recipe is actually easy, it is basically a cookie with spices. Find a good recipe here for example on Trines matblogg. Norwegians have the tradition of making shapes in pepperkaker but also houses which they decorate with candy and icing. The biggest ever pepperkake house on this picture below: 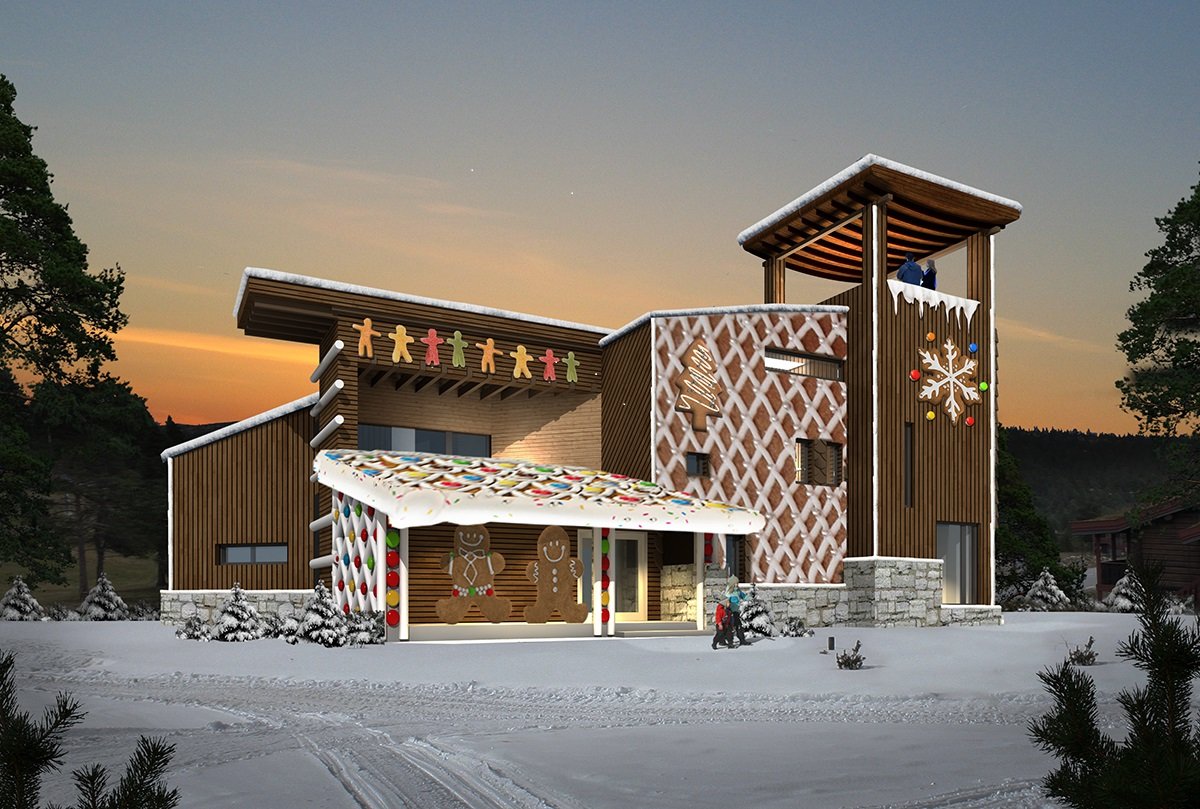 Julekaker: Pepperkaker are a part of the seven cakes, which are an important baking tradition before Christmas. The Sevens (syv slag) are:

One of my first years in Norway there was a so-called butter crisis in Norway. Around Christmas, which is when Norwegians are most in need of their butter to make their previous Christmas cakes, there was a huge shortage of butter. People went insane, and butter could be bought on the black market, it was smuggled from Sweden and more. It just tells you how far Norwegians are ready to go to bake their traditional cakes. See here for a humorous take on this butter crisis.

Christmas movies: If you plan on watching all the Christmas movies and television entertaining which are traditionally watched by Norwegians at this time of the year, you might as well take a 3 week holiday in December.

Julehefter: In December there is a tradition of reading Christmas comic books, from Donal Duck to more Norwegian comic book artists. Shops and supermarkets fill themselves with dozens of options and Norwegian children expect to have at least a few under the Christmas tree as well as many to read during “romjula” (the week between Christmas and New Year’s Eve).

Julebord: One cannot write about strange things Norwegians do for Christmas without talking about Julebord. The Christmas table, as it is literally translated, is a dinner one has in Norway with each of the social groups we belong to. One julebord at work, where alcohol is free and people go bananas. One with the choir, one with the basketball group you play with and so on. Norwegians have a reputation of losing it during these parties, mainly because alcohol consumption is quite substantial, and because you are far from your family, in order words FREE. And there is that cute colleague you’ve been flirting with all year who has that red dress, so why not go for it since as all Norwegian know, What happens in Julebord stays in Julebord. This year that saying did not apply since dozens of people got contaminated with omikron in 2 Norwegian julebord. I guess the one meter distance was not respected after all.

There is so much more to say about a Norwegian Christmas, from Advent to Santa Lucia, but for now this is all, God jul!

WANT TO READ MORE? CHECK OUT MY NEW BOOK!

7 thoughts on “Weird things Norwegians do for Christmas”