There are around 800,000 foreigners living in Norway, according to the Norwegian Statistics Bureau (2020 numbers). That makes up to almost 15% of Norway’s population. There are wonderful perks at living in Norway for a foreigner, from universal healthcare to great parental benefits, not to mention higher salaries than in many other countries. However when the corona crisis hit many of us realised one thing: the advantage of living in Norway was also that we could leave Norway. To go on holidays in a sunny place in the winter, to meet our family, to visit our home country. Now since March 2020 we are more or less stuck, with restrictions actually stricter this year in 2021 than they were last year.

1- Good compared to elsewhere, but…

On the bright side, we are not confined home like in France for example. There is no curfew in Norway and has never been one since the beginning of the pandemic. We are allowed to go as far as we want from our home including walks and hikes, and even holidays if we stay in the country. Some countries have limited movements inside the country, to 10km from your home for example.

The strictest regulations are currently applied in Oslo, where non-essential shops are closed but about to be opened. There is no legal sale of alcohol, bars and restaurants are closed unless you order out. Theatres, libraries and movies theatres have also been closed for a while. The local authorities announce “new” measures almost every week so stay tuned. On the other hand, living outside of Oslo can almost seem like having a normal life. They don’t use masks in public transportation outside of Oslo for example. Masks are however not mandatory in the street, and even in public transportation it is advised to wear them but there are no fines.

Norway is a beautiful country, but how beautiful can a fjord be, really, when you haven’t seen your own mother for two years? Many foreigners, me included, have had babies during the pandemic, which have never met their grandparents. The reason is that right now the Norwegian government has closed the borders as much as legally possible. And some might say even beyond what is legal.

The country’s borders are closed to anyone not residing in Norway. This means tourists can absolutely not pass the border right now, and the government’s definition of “residing” is very narrow. It means you need to have a personal number and be registered in the National Population Registry with a Norwegian address. The issue is that many foreigners do live in Norway but have a D-number, which is another kind of number than the personal number which allows you to work but not to do many other things (such as have access to a public doctor for ex.). They pay taxes in Norway, but they are rejected at the border anyhow. Some are saying this is against European laws Norway has agreed to comply with (EEA agreement).

If you are so lucky that the border control lets you in, (if you are a Norwegian national or a verified resident of Norway), you have to do a quarantine in a hotel for 10 days, which you need to pay per person and per day. A man even tried to escape this quarantine hotel by skiing over the Swedish border. He got very cold and had to be rescued by two fishermen.

There are legal ways to do the quarantine elsewhere (in your home or a rented place) but only in some circumstances. A new rule says that if you were in Nepal, India, Iraq, Bangladesh or Pakistan no exceptions apply. But those rules change literally all the time. So if you intend on leaving the country, you need to make sure you can get in again, and also make sure you have no place to be for 10 days after that. This rule has just been extended to the 23rd of May at least. 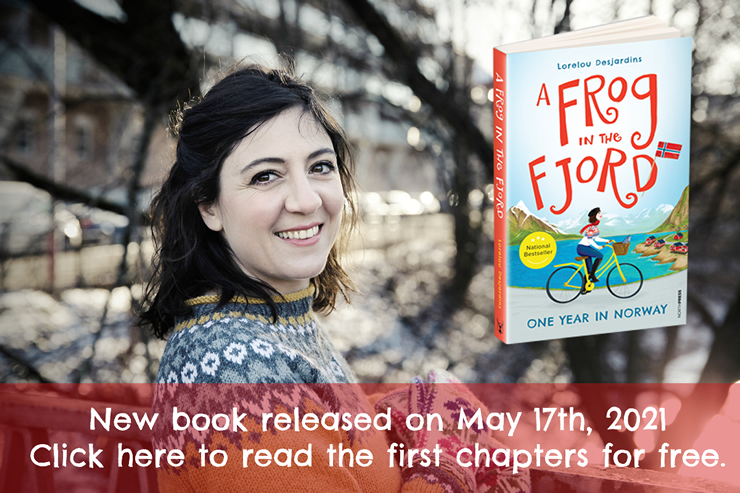 Due to these rules, which are in place to stop what the authorities call “virus importation”, no tourist can come to Norway, but neither can family members of foreigners living in Norway such as your parents, siblings etc. The only persons allowed to visit are for example a parent of a minor. If you are having a baby in Norway, having the grand parents visiting in not an option.

5- Even harder to make Norwegian friends

Surveys show that Norwegians are feeling more lonely in this crisis, so imagine how it is for foreigners. We don’t have close family members to turn to. And Norwegians whose parents have not been vaccinated are understandably trying to keep them safe by meeting as few “others” as possible. This is a tough time to make Norwegians friends, since activities are closed, bars don’t sell alcohol and parties are not organised.

6- Understanding a working culture from home is hard

7- Hard to grasp the rules

Non Norwegian speakers are not well informed about the new rules on measures to prevent the contagion of the virus. The reason is that the government takes a while to update foreigners in their language. For example press conferences are only in Norwegian. Some websites to translate the updates, such as Life in Norway which has a special Coronavirus category with all the updated news.

8- Many have their plans to move to Norway on hold

Those who have jobs here find it hard to move due to almost closed borders. As a foreigner with the D-number (non permanent number), there is no way in unless you are married to a Norwegian. Many seasonal workers also cannot get in, and those just dreaming of visiting Norway have to dream from home.

9- Many want to leave

The consequence of not being able to see their family, nor travel, is that many foreigners all over the world want back to their home country. This redefines what it means to live abroad, whichever reasons you had to leave home in the first place. They aren’t the only ones to move. Norwegians living in Oslo have fled the capital city, looking for more space and nature. A record high 45,000 people moved out of the capital in 2020. This is unprecedented.

Confucius once said “Everything is temporary”. Summer is coming soon, people are getting vaccinated and soon enough you’ll be going out, meeting people and maybe even going home. In the meantime, try to feel less lonely by meeting people at least virtually. Organise trips outside with your colleagues for a “walking meeting”. It is allowed to meet people outside even in Oslo. Eat a picnic together by a lake. Meet for a coffee and a walk in the forest.