On my first trip from Paris to Oslo, I was struggling to put my luggage in the overhead compartment. I looked around, and all Norwegians around me, especially men, were around 30 cm taller than me. But they were just looking at me struggle without offering any help. Smiling. Who does that, really? Smile and look at someone struggling? I thought then that Norwegian men were rude. In France and most other countries in the world, we learn from an early age that we should assist those struggling around them. We stand up for the elderly and pregnant ladies on buses and trains, and of course not to mention that women expect help from men around them without asking for it.

Oh no. Help! I have become polite like a Norwegian. I now live in a world where the most important thing is to be independent.

The reason those Norwegians on the plane did not help me that day is because they did not want to be rude. It is rude in Norway to help someone who has not asked for help. You are then invading their private space by helping out. “Who are you to assume what others need?” is a normal way of thinking for a Norwegian. So they sit there and leave you alone. For us foreigners their politeness can be seen as rudeness.

In the newest Scandinavian scandal started on Reddit and called #Swedengate, the world found out that in Sweden it is common to leave guests alone in a room while the family eats dinner. The reason? Swedes don’t want to mess with the kid’s family dinner plans. And they planned their dinner thoroughly with the right portions. We aren’t going to screw that up just because we have a guest, are we?

Go to India, France or Peru, and it is unthinkable to eat dinner while a guest is excluded and in a room alone. If I did that my parents would look at me and say “Who raised you?”. It is unthinkable.

Although I have never experienced anything like this in Norway, there are some elements that I recognize from Norwegian courtesy. Norwegians often do weird things to avoid disturbing others’ plans or lives. You see a person crying? Don’t talk to them, they probably want to cry undisturbed and not feel the shame of others acknowledging what they are seeing. Best to pretend nothing is happening. Norwegians can easily ignore you if they think you are busy (or because they are busy), forget to say hello at work or pass by you without blinking in a train station.

What is now called #Swedengate, which has spread rapidly, means that Swedish culture has quickly gone from being cool and modern, to appearing blunt and cold.

I often do workshops in companies and universities to teach foreigners about Norwegian work-life culture, but also about social norms, such as the boundaries between politeness and rudeness. There I have many interesting questions, which many Norwegians would probably be too embarrassed to answer.

Why don’t my colleagues greet me with a “hello” every day when I see them at work? Why do Norwegians say “hello” when it’s in the mountain, but not when I meet them on the street? Why do Norwegians sit far from me on the bus on the way to work, and talk to me freely and openly after a few hours on a Friday out of town? How many Norwegians can be in an elevator for me to come in and still be polite? Norwegians do hate overcrowded elevators.

“Don’t get too physically close to the Norwegian. Especially on the first meeting. A handshake is the absolute maximum physical contact culturally accepted by a Norwegian you don’t know”.

Want to read more of my stuff? Check out my new book here and read the first chapters for free. 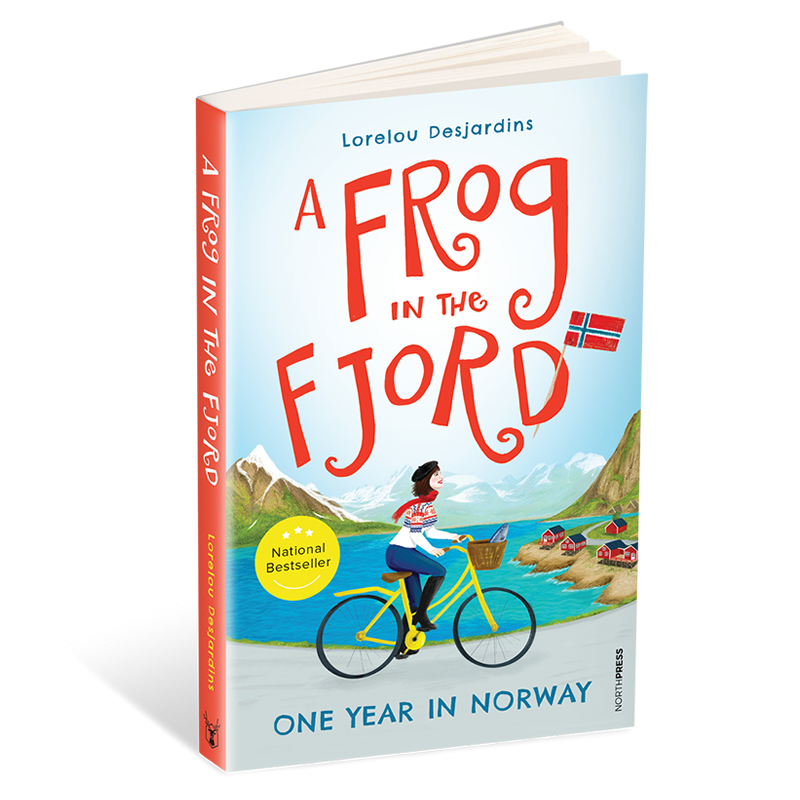 I then stretch out my arms in front of me: this is how close you can com to a Norwegian person in order not to enter their private space. If you do they can freak out, or think YOU are the rude one.

Yes, Norwegian politeness is complicated. In many cultures, it is OK to touch a person’s arm or leg while speaking to them. Or kiss the person on the cheeks the first time you meet, as in France.

Norwegians are often socially anxious about being in a room with many strangers, or getting into a situation where they have to speak in front of many people without being prepared. Therefore, it is polite in Norway to “give people their space”. Literally. A space for reflection, a space for calm, giving them the opportunity to avoid unwanted social interaction. But wanting to be alone and silent is considered strange if not rude in many other cultures.

It doesn’t help when Norwegians keep telling us foreigners “Oh we Norwegians are so direct, isn’t it hard for you to get used to?”. No, Norwegians are not direct. They have 2000 unwritten social rules that nobody talks about and that foreigners are expected to know and follow. That’s not what I call being direct. Ok maybe when you guys are drunk. But that is temporary.

No word for “please”

In France and many other countries, it is very important to raise children to be polite. French children learn from an early age to eat whatever food they are served, to sit quietly in a restaurant and not interrupt adults. In the United Kingdom and the United States, children learn to say “please” in most sentences in social contexts.

How much politeness (on international standards) can be expected from Norwegians, who have at least three words for rain and almost no words for “please”? Some say “Vær så snill” (be so kind) is a version of a Norwegian “please”, but how often does any given Norwegian adult or child uses that every day? Very seldom in my experience. It does not apply to many contexts. How do you ask for a beer in a bar in Norwegian? “Kan jeg få en øl?” or even “En øl” (one beer), whereas in other languages you’d slip in a “May I have a beer please”. It is almost as if Norwegian teachers have come up with “Oh yes this is how to say please in Norwegian” for all their students, forgetting to mention it is not used as the word “please” at all.

Look at their body language then, but that too is seldom very enthusiastic and welcoming. It is important in Norwegian culture especially in the East and South not to show too much emotion. They even have “the Norwegian arm”, when stretching their arm across your face to get something in order not to disturb you by just asking politely.

My theory is that Norwegian people have historically been so scattered in the country that distance between communities and families has affected how they behave in crowds. Norwegians are not used to meeting a lot of other people. They like to have a fjord between every village and a mountain between every house. These are conditions unknown to most people in the world, from Germany to India.

After 12 years here I have to admit I have become a little Norwegian myself. I live my life, spend most of my time with my closest family members. I take the train in silence and like to be in nature. In silence.

But there is a downside to all of this. The fear of disturbing others means that many are left alone with their feelings. Mental health is not at its best in Norway, especially among the youth. Many struggle with depression, alcoholism and even suicidal thoughts. In a culture where it is strange to offer help, how can we do that anyway? Other times, when one does need help, they feel too ashamed to ask. Why bother others with my problems?

Norwegians can certainly learn from other cultures and be less ‘polite Norwegian’ and more ‘foreign polite’ in order to open up.

I am just sitting there waiting for #NorwayGate to happen!

This is an edited version of the Opinion article published on the Norwegian newspaper VG on the 4th of June 2022 Det er ensomt å være høflig som er nordmann.

15 thoughts on “Are Norwegians rude? What to expect from a people with no word for “please”.”